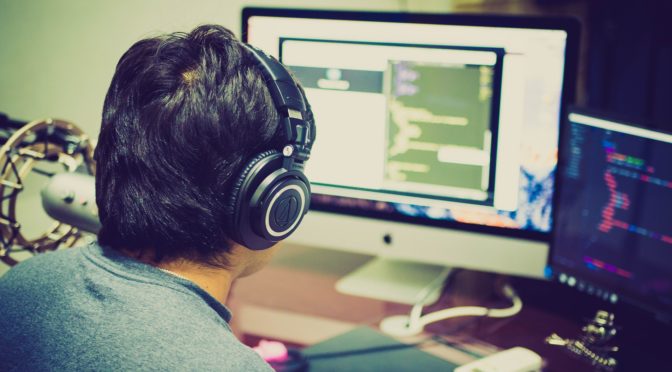 In IT we often talk about internal and external IT, but this perspective is always one from that of the IT department itself rather than the one from the business and I feel that this is very misleading.   Different departments within a company are generally seen and feel as if they are external to one another; often every bit as much as an external company feels.  For example, an IT department will often see management, operations or human resources as “foreign” departments at best and adversaries at worst.  It is common to feel, and possibly rightfully so, that different departments fail to even share common overarching goals.  IT tends to be acutely aware of that and expresses it often.

What we need to appreciate is that to the business management or owners, the IT department generally appears to them like an external agencies regardless of whether the people working in it are staff or actually from a service provider.  There are exceptions to this, of course, but they are rare.  IT is generally held behind a barrier of sorts and is its own entity. IT commonly displays this in how it talks to or about management.  IT often thinks of system resources or the network as “belonging to IT”, clearly not thinking in terms of IT being just part of the company.  Both sides are commonly guilty of thinking of IT as a separate entity from the company itself.

This happens, of course, for any number of reasons.  Many IT workers choose IT because they are passionate about IT specifically, not the company or market that they are working in; their loyalty is to their IT career, not the business in question and would generally switch companies to advance their IT career rather than stay to advance their internal non-IT career.  IT professionals often struggle with interpersonal skills and so have a higher than average tendency to hide away avoiding unnecessary contact with other departments.  IT tends to be busy and overworked, making socializing problematic.  IT work demands focus and availability, again making it difficult to socialize and interface with other departments.  IT is often kept isolated for security reasons and IT is often seen as the naysayer of the organization – commonly delivering bad news or hindering projects.  IT typically has extremely high turnover rates and almost no IT staff, especially in smaller businesses, is expected to be around for the long haul.  IT is often a conduit to outside vendors and is seen as connected to them or associated with them in many ways.  IT is often behind a “blame barrier” where the organization (other than IT) on one side often seeks to blame IT for business decisions creating a stronger “us and them” mentality. IT exacerbates this with attitudes towards users and decisions makers that are often distancing.  It is also extremely common for IT workers to be staffed via an agency in such a way that there are contract obligations, restrictions or payrolls differences between IT and normal staff.

This creates a rather difficult situation for discussions involving the advantages of internal IT versus external IT.  For internal IT staff it is common to believe that by having IT internally that there are many benefits to the organization due to loyalty, closeness or the ties of payroll.  But is this really the case?

To the business, internal IT is already, in most cases, external to their organization.  The fears that are often stated about external IT service provides such that they may not work in the business’ interests, may suddenly close up shop and disappear, might be overworked and not have enough available resources, may charge for work when idle, may not have the needed expertise, may see the network and resources as their own and not act in the interests of the business, may fail to document the systems or might even hold critical access hostage for some reason – are all fears that businesses have about their own IT departments exactly the same as they have them with external IT service providers.

In fact, external service providers often provide a business with more legal recourse than employees do.  For example, internal IT employees can quit with zero notice and only suffer from acting “unprofessionally” in their lack of notice or can give only two weeks notice and not even have to worry about being unprofessional.  Yet replacing internal IT staff of any caliber will easily take months, and that is just before one can be hired let alone trained, indoctrinated and brought up to useful speed.  It is not uncommon, even in the enterprise, for a job search, hiring process and internal processes for access and so forth to take up to a year from the time the decision to begin interviewing has started until someone is a useful staff member.  But an external IT service provider may be obligated to provide resources for coverage regardless of if staff comes and goes.  There are far more possibilities for mitigating the staff turnover risks that employed IT staff present to a business.

Due to these factors, it is very common for a business to perceive both internal and external IT resources as roughly equal and primarily such that both are very much outsiders to the key organization.  Of course, in an ideal world, both would be treated very much as insiders and worked with as critical partners for planning, decision making, triage and so forth.  IT is critical to business thinking and the business is critical to IT thinking; neither is really functional without the other.

This context of the organizational management view of IT can be important for understanding how the business will react to IT as well as how IT should behave with management.  And it offers an opportunity for both to work on coming together, whether IT is ultimately internal or external, to behave more like a singular organization with a unified goal.