Most commonly an LVM is used to replace traditional partitioning systems, and sometimes additional functionality is rolled into an LVM such as RAID functions.  Nearly all operating systems offer an integrated LVM product today and most have for a very long time.  LVMs have become a standard feature of both server and client side storage management.

Popular LVMs include Logical Disk Management on Windows Server 2000 through Server 2008 R2, Storage Spaces on Windows 2012 and later, LVM on Linux, BtrFS on Linux, Core Storage on Mac OSX, Solaris Volume Manager on Solaris, ZFS on Solaris and FreeBSD, Vinum Volume Manager on FreeBSD, Veritas Volume Manager for most UNIX systems, LVM on AIX and many more.  LVMs have been increasingly popular and standard since the late 1980s.  ZFS and BtrFS are interesting as they are filesystems that implement an LVM inside of the filesystem as an integrated system.

An LVM consumes block devices (drive appearances) and creates logical volumes (often referred to as LVs) which are themselves drive appearances as well.  Because of this, an LVM can sit at any of many different places in the storage stack.  Most commonly we would expect an LVM to consume a RAID array, split one RAID array into one or more logical volumes with each logical volume having a filesystem applied to it.  But it is completely possible for an LVM to sit directly on physical storage without RAID, and it is very possible for RAID to be implemented via software on top of the logical volumes rather than beneath them.  LVMs are also very useful for combining many different storage systems into one such as combining many physical devices and/or RAID arrays into a single, abstracted entity that can then be split up into logical volumes (with single volumes potentially utilizing many different underlying storage devices.)  One standard use of an LVM is to combine many SAN LUNs (potentially from a single SAN system or potentially from several different ones) into a single volume group.

While LVMs provide power and flexibility for working with multiple storage devices and types of storage devices while presenting a standard interface to higher layers in the storage stack, probably the most common usages are to provide for flexibility where rigid partitions used to be and for snapshots.  Traditional partitions are rigid and cannot be resized.  Logical volumes can almost always be grown or shrunk as needed making them tremendously more flexible.

Snapshots have become a major focus of LVM usage in the last decade, although mostly this has happened because of snapshot awareness growing rather than a recent shift in availability.  Commodity virtualization systems have brought snapshots from an underlying, storage industry knowledge component into the IT mainstream.  Much of how virtualization technologies tend to tackle storage virtualization can be thought of as being related to LVMs, but generally this is similar functionality offered in a different manner or simply passing LVM functionality on from a lower layer.

Today you can expect to find LVMs in use nearly everywhere, even implemented transparently on storage arrays (such as SAN equipment) to provide more flexible provisioning.  They are not just standardly available, but standardly implemented and have done much to improve the reliability and capability of modern storage. 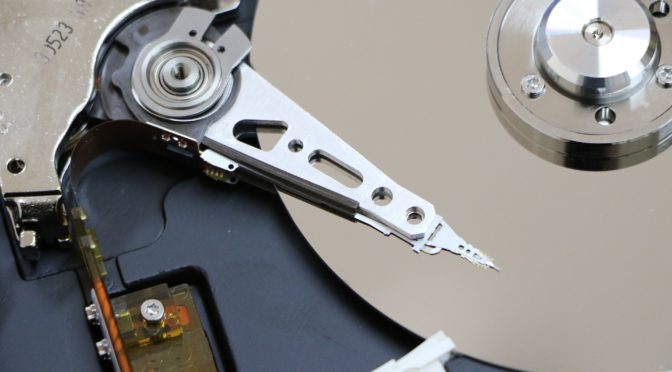