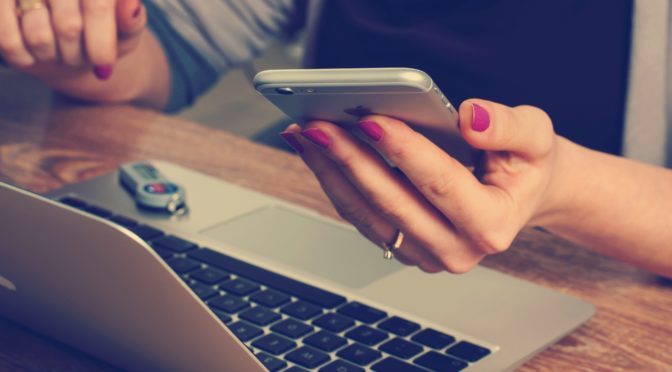 The university educational process is one that is meant to broaden the mind, increase exposure to different areas, teach students to think outside of the box, encourage exploration, develop soft skills, and to make students better prepared to tackle more learning such as moving on to trade skills needed for specific fields.  The university program, however, is not meant to provide trade skills themselves (the skills used in specific trades), that is the role of a trade school.   Students leaving universities with degrees are intended to not be employable due to specific skill sets learned at college, but to be well prepared to learn on the job or move on to additional education for a specific job.

In the last two decades, led primarily by for profit schools looking to make money quickly without regards to the integrity of the university system, there has been a movement, especially in the United States, for trade schools to get accredited (an extremely low bar requirement that has no useful standing outside of legal qualifications for educational minimums and should never be see as a mark of quality) and sell trade degrees as if they were traditional university degrees.  This has been especially prevalent in IT fields where certifications are broadly known and desired, acquiring properly skilled educational staff is expensive and essentially impossible to do at the scale necessary to run a full program, degree areas are easily misunderstood by those entering their college years and where the personality traits most common to people going into the field sadly makes those people easy prey for collegiate marketing drives.  The promise of easy classes, double dipping (getting the certs you need anyway then getting a bonus degree for the effort) and the suggestion that by having a degree and certs all at once will open doors and magically provide career options that pay loads of money triggers an emotional response that makes potential students less able to make rational financial and education decisions, additionally.  It’s a predatory market, not an altruistic one.

Certificates play a fundamentally different role than a university education does.  Unlike universities, certification is about testing very specific skills, often isolated by product or vendor, things that should never appear in any university program.  Certification may be broad (and closer to collegiate work) in certs like the CompTIA Network+ which tests a broad range of basic networking knowledge and nothing specific to a vendor or product, but is still overly specific to a single networking technology or group of technologies to be truly appropriate for a university, but is, at the very least, leaning in that direction.  But more common certifications such as Microsoft MCSE, Cisco’s CCNA, CompTIA’s Linux+ or A+ are all overly product and vendor specific, far too “which button do I press” and far too little “what does the underlying concepts mean” for collegiate work.

Warning signs that a university is behaving improperly would include, in regards to this area of concern, overly specific programs that sound as if they are aimed at technologies like a degree in “Cisco Networking” or “Microsoft Systems”, if certifications are achieved during the university experience (double dipping – giving out a degree simply for having gotten certs) or if the program leans towards an indication of preparing someone “for the job” or expected to “get the student a great job upon completion” or is expected to “increase salary”.  These are not goals of proper university programs.

Critically evaluating any educational program is very important as educational investments are some of the largest that we make in our lives, both monetarily and in terms of our time commitments.  Ensuring that the programs are legitimate, valuable, meet both our own goals and proper goals, will be seen as appropriate by those that will see them in the future (such as hiring managers) are very important.  There are many aspects over which we must evaluate the university experience, this is only one but it is one that is a newer problem, suddenly very prevalent and one that specifically targets IT and technical hopefuls so requires extra diligence in our industry.

This question surfaces very regularly: you are at the beginning of your IT career or maybe have not even gotten into your career yet, and are wondering where to get started with certifications. Maybe you are in high school, maybe you have finished college, perhaps you are six months into your first job and feel that having a certification will help to move you forward. There are a lot of options and a lot of information about IT industry certifications out there but pretty regularly the advice around getting started comes down to just a few basic opinions and I will share mine (having worked in the certification industry for many years and having spent time both as a hiring manager and as a corporate career counselor in IT.)

Certifications that often get mentioned for people “starting” in IT include the CompTIA A+, CompTIA Network+ (often called the Net+), Microsoft’s MTA certifications and Cisco’s CCNA.

When just getting started in IT, though, I recommend starting with a firm foundation. Some certs, like those from Microsoft and Cisco, might be great but begin to take you down very specific career paths which may or may not be the right ones for you. We should hold off on those kinds of certifications until we have a little of the basics firmly under our belts. They can be great as a next step, but we do not want to get ahead of ourselves.

It is also extremely important to note that the Microsoft MTA exams are “pre-professional” certs, not certs for IT Pros. They are not meant to demonstrate a level of skill for an existing IT Pro or even to show that someone is ready to work as an IT Pro but instead to show that someone is ready to intern in IT or to attend IT classes. The MTA is targeted at high school students to take after entry level high school classes and are too low level to be considered even at the college level, let alone at the working level. You should never include these on a resume, even if you have them, once you are working in the field. They are excellent for showing initiative for high school classes but should not be used as goals of their own.

CompTIA is a vendor neutral certification authority so tends to be a good starting spot in IT. CompTIA also focuses on more entry level and broad certifications than most other providers. This makes then exceptionally well suited to entry level folks looking to certify themselves before moving into more specific career paths. And because they tend to focus on foundational knowledge the effort spent certifying is rarely wasted at an educational level either.

CompTIA has two major certs that are generally considered here, the A+ and the Network+. The A+ is by far the more well known outside of IT circles, and this is actually because it is not an IT certification at all. The A+ was originally designed to certify that someone had the appropriate experience level of someone having worked on a helpdesk for six months. However the knowledge tested by the A+ generally covers archaic hardware and tasks that generally do not exist in IT at all but belong to another, related, field of “bench work.” No amount of IT experience, even decades of it, would prepare you for the exam. This makes the A+ specifically targeted at bench careers and has become the industry standard in that area – which includes local computer stores, Best Buy’s Geek Squad, Staples and other non-IT computer “fix it” shops. The skills tested by the A+ are too “low” to be useful for testing in IT and focus on aspects of computers that are rarely, if ever, of concern to IT.

The A+ tends to focus very heavily on hardware and physical repair of consumer equipment. It does not cover tasks common to any level or style of IT. While some entry level IT areas would consider the knowledge in it common, most IT disciplines would not see it as foundational or useful and even the most senior IT professionals would often find it obtuse at best.

CompTIA’s other general purpose certification is the Network+, originally designed to represent the level of knowledge expected after “two years” working in IT. Both of these assessments are very poor, the A+ represents general knowledge or low level archaic knowledge that you would hope the general public would have and the Network+ really represents the knowledge level that you would look for a new hire, first IT job person to have. The Network+ is not a differentiator, therefore, between candidates but more of a foundational level of knowledge and a standard requirement. But that does not make it bad to have, it makes it good. The Network+, unlike its counterpart, does indeed focus on common and very important IT knowledge that those seeking a career in the field should most certainly have or acquire if lacking.

It is very unlikely that a Network+ on its own is going to lead to a job or promotion, but it establishes a starting point for looking towards other things. It is, more or less, the final “standard” starting point for nearly everyone in the IT field today. Many will not take the Network+ and certainly there are many options to enter the field without it, but I personally recommend it to everyone in every focus of IT. The knowledge needed for it will be useful throughout a career. As a starting point for a certification portfolio it is unrivaled.

The Network+, as the name implies, focuses almost exclusively on networking knowledge. This does not mean that it is only suitable for those interested in networking related IT careers. Networking is a part of everything that we do in IT today and is even important knowledge for non-IT users who want to understand their computers and their networks better. Even very non-network jobs like database administration would benefit from a firm foundation in networking.

Moving forward from the Network+ the world of certifications opens up and this begins a much more complex discussion. CompTIA offers other, good, general purpose certifications, such as the Security+, but at this stage we should be prepared to begin a bit of soul searching to determine exactly what path we want our careers to take from here. There are so many aspects of the IT field there is no way to provide a solid, reliable next step without looking at both short term and long term career goals and interests.