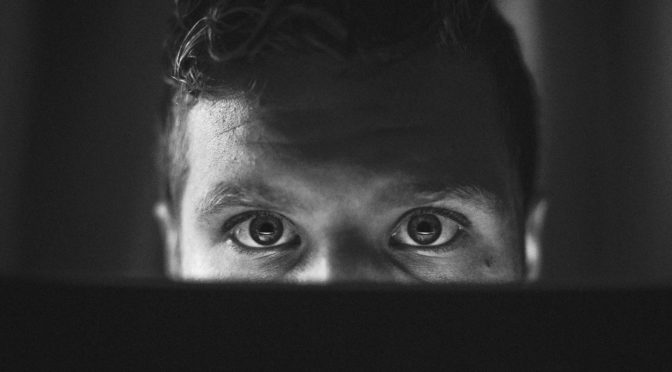 The 3-2-1 or Inverted Pyramid of Doom architecture has become an IT industry pariah for many reasons. Sadly for many companies, they only learn about the dangers associated with this design after the components have arrived and the money has left the accounts.

Some companies are lucky and catch this mistake early enough to be able to return their purchases and start over with a proper design and decision phase prior to the acquisition of new hardware and software. This, however, is an ideal and very rare situation. At best we can normally expect restocking fees and, far more commonly, the equipment cannot be returned at all or the fees are so large as to make it pointless.

What most companies face is a need to “make the best” of the situation moving forward. One of the biggest concerns is that concerned parties, whether it be the financial stake holders who have just spent a lot of money on the new hardware or if it is the technical stakeholders who now look bad for having allowed this equipment to be purchased, to succumb to an emotional reaction resulting in giving in to the sunk cost fallacy. It is vital that this emotional, illogical reaction not be allowed to take hold as it will undermine critical decision making.

It must be understood that the money spent on the inverted pyramid of doom has already been spent and is gone. That the money was wasted or how much was wasted is irrelevant to decision making at this point. If the system was a gift or if it cost a billion dollars does not matter, that money is gone and now we have to make do with what we have. A potential “trick” here would be to bring in a financial decision maker like a CFO, explain that there is about to be an emotional reaction to money already spent and discuss the sunk cost fallacy before talking about the actual problem so that people are aware and logical and the person trained (we hope) to best handle this kind of situation is there and ready to head off sunk cost emotions. Careful handling of a potentially emotionally-fueled reaction is important. This is not the time to attempt to cover up either the financial or the technical missteps, which is what the emotional reaction is creating. It is necessary for all parties to communicate and remain detached and logical in order to address the needs. Some companies handle this well, many do not and become caught trying to forge forward with bad decisions that were already made, probably in the hopes that nothing bad happens and that no one remembers or notices. Fight that reaction. Everyone has it, it is the natural amygdala “fight or flight” emotional response.

Now that we are ready to fight the emotional reactions to the problem we can begin to address “where do we go from here.” The good news is that where we are is generally a position of having “too much” rather than “too little.” So we have an opportunity to be a little creative. Thankfully there are generally good options that can allow us to move in several directions.

One thing that is very important to note is that we are looking at solutions exclusively that are more reliable, not less reliable, than the intended inverted pyramid of doom architecture that we are replacing. An IPOD is a very fragile and dangerous design and we could go to great lengths demonstrating concepts like risk analysis, single points of failure, the fallacies of false redundancy, looking at redundancy instead of reliability, dependency chains, etc. but what is absolutely critical for all parties to understand is that a single server, running with local storage is more reliable than the entire IPOD infrastructure would be. This is so important that it has to be said again: if a single server is “standard availability”, the IPOD is lower than that. More risky. If anyone at this stage fears a “lack of redundancy” or a “lack of complexity” in the resulting solutions we have to come back to this – nothing that we will discuss is as risky as what had already been designed and purchased. If there is any fear of risk going forward, the fear should have been greater before we improved the reliability of the design. This cannot be overstated. IPODs sell because they easily confuse those not trained in risk analysis and look reliable when, in fact, they are anything but.

Understanding the above and using a technique called “reading back” the accepted IPOD architecture tells us that the company in question was accepting of not having high availability (or even standard availability) at the time of purchasing the IPOD. Perhaps they believed that they were getting that, but the architecture could not provide it and so moving forward we have the option of “making do” with nothing more than a single server, running on its own local storage. This is simple and easy and improves on nearly every aspect of the intended IPOD design. It costs less to run and maintain, is often faster and is much less complex while being slightly more reliable.

But likely simply dropping down to a single server and hoping to find uses for the rest of the purchased equipment “elsewhere” is not going to be our best option. In situations where the IPOD had been meant to only be used for a single workload or set of workloads and other areas of the business have need for equipment as well it can be very beneficial to go to the “single server” approach for the intended IPOD workload and utilize the remaining equipment elsewhere in the business.

The most common approach to take with repurposing an IPOD stack is to reconfigure the two (or more) compute nodes to be full stack nodes containing their own storage. This step may require no purchases, depending on what storage has already been purchased, a movement of drives between systems or often the relatively small purchase of additional hard drives for this purpose.

These nodes can then be configured into one of two high availability models. In the past a common design choice, for cost reasons, was to use an asynchronous replication model (often known as the Veeam approach) that will replicate virtual machines between the nodes and allow VMs to be powered up very rapidly allowing for a downtime from the moment of compute node failure until recovery of as little as just a few minutes.

Today fully synchronous fault tolerance is available so commonly for free that it has effectively replaced the asynchronous model in nearly all cases. In this model storage is replicated in fully real time between the compute nodes allowing for failover to happen instantly, rather than with a few minutes delay, and with zero data loss instead of a small data loss window (e.g. RPO of zero.)

This solves the question of what to do with our compute nodes but leaves us with what we can do with our external shared storage device, the single point of failure or the “point” of the inverted pyramid design. To answer this question we should start by looking at what this storage might be.

There are three common types of storage devices that would be used in an inverted pyramid design: DAS, SAN and NAS. We can lump DAS and SAN together as they are both two different aspects of block storage and can be used essentially interchangeably in our discussion – they are only differentiated by the existence of switching which can be added or removed as needed in our designs. NAS differs by being file storage rather than block storage.

In both cases, block (DAS or SAN) or file (NAS) storage one of the most common usages for this now superfluous device is as a backup target for our new virtualization infrastructure. In many cases the device may be overkill for this task, generally with more performance and many more features than needed for a simple backup target but good backup storage is important for any critical business infrastructure and erring on the side of overkill is not necessarily a bad thing. Businesses often attempt to skimp on their backup infrastructures and this is an opportunity to invest heavily in it without spending any extra money.

Along the same vein as backup storage, the external storage device could be repurposed as archival storage or other “lower tier” of storage where high availability is not warranted. This is a less common approach, generally because every business needs a good backup system but only some have a way to leverage an archival storage tier.

Every company is unique and there are potentially many places where spare storage equipment could be effectively used from labs to archives to tiered storage. Using a little creativity and thinking outside of the box can be leveraged to take your unique set of available equipment and your business’ unique set of needs and demands and find the best place to use this equipment where it is decoupled from the core, critical virtualization infrastructure but can still bring value to the organization. By avoiding the inverted pyramid of doom we can obtain the maximum value from the equipment that we have already invested in rather than implementing fresh technical debt that we have to them work to overcome unnecessarily.