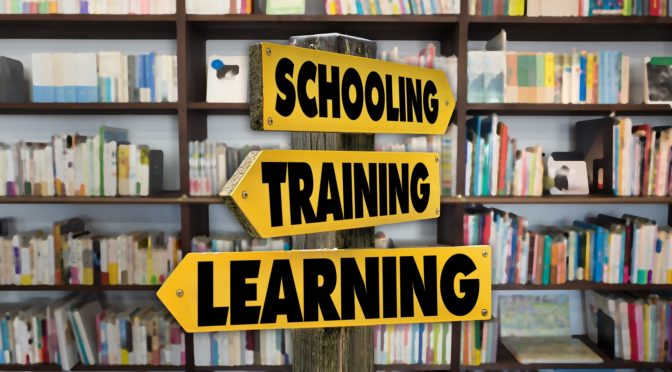 In my last article I looked at the overarching concerns and approaches to an university program and how it would apply to us in IT. Now we will look at individual programs and how to approach the selection of a major and focus area within the university system.

Of actual degree programs we face a world of complexity as universities and colleges often use any variety of names for their programs of study and often attempt to use one program to teach another so a program name will often not match the actual field of study which can be very bad as you do not want to be in a position of needing to explain this discrepancy to potential employers or existing employers. An example of this was a well known northeastern school that lacked the ability to offer an IT program so relabeled their existing library science program to IT and passed that off as such for many years.

The first thing to consider is if we want to have a focused program in our field or one outside of the field. Given what we learned from the last article, that universities excel at liberal and traditional subjects and do poorly at technical ones and that our goals are to be broadly educated and not focused on specific skills, I general prefer to see students or job candidates who have been through non-technical course loads rather than technical ones.

There are any number of good non-technical programs from which to choose. Great examples include communications, business, accounting and psychology. It is good, of course, if any program includes some technical concepts such as project management and systems analysis, but these can simply be addressed through electives. It is also best if any program include studies in math, especially statistics and risk analysis, and general business classes, basic accounting and management. Students, we hope, will leave school with a firm foundation in understanding business context, people and communications because these are the soft skills that are most critical to an IT career and even moreso to an SMB IT career where there is far less departmental isolation between some tech positions and the operational side of the business.

For those that do not want to take the most liberal of paths as described above, universities often offer a large range of degrees within or near the IT discipline itself. This plethora of IT or IT-like options can often lead to confusion and risks making the selection rather dangerous as a highly technical degree that is in the wrong area of study would be the worst possible option – teaching neither IT nor teaching the broad skill set that IT practitioners desperately need. Even worse is going through the wrong field of study will often wildly mislead students as to what to expect when they enter the IT field and may actively look extremely bad on a resume as it can appear (and rightfully so in many cases) that the student did not take the time to understand their chosen field of study, know what degrees would be applicable to it and failed to realize this through years of university classes or did and did not bother to switch to an appropriate program! This is what we most want to avoid, actively bad degree programs.

To make this as challenging as possible, IT degrees often come with a variety of names. And IT degrees may be included under multiple schools or colleges within a university. Some universities have IT degrees inside of an IT school, others may have them within a more general science program, a math program or often within engineering. Some even have IT degrees under a business school. It is not unheard of for IT degrees to exist in multiple places within the same university with different foci depending on which college is administering the program.

We must also address the big question of “is software engineering and programming a part of IT?” In universities, the answer is generally yes even though in the professional world the answer is a resounding “no” – the two are clearly different fields of study and different disciplines. Software engineering is dedicated to the design and building of products. IT is dedicated to the building and support of the infrastructure of businesses. There is some overlap as any two fields might have, but they are very clearly different career fields that deal with extremely different day to day duties and tasks. It is quite common to find software engineering, developer and programmer courses and degree programs lumped into the same schools as IT or even put under an IT umbrella. This is not necessarily bad but can be quite confusing. We must be clear, however, that software engineering is not IT and any degree focused on programming should be avoided for someone with an interest in heading into the world of IT. Any respectable IT program is going to teach programming as a core foundation to the field, but the program will never be focused on it. If it is, this is a mislabeled program and should be avoided.

Programs that are most insidious and dangerous to IT hopefuls are ones that are most closely named but least closely associated with the IT field: computer engineering and computer science. These two should never, ever cross paths with those looking for careers in IT.

Computer engineering is older than IT and is a subset of electrical engineering. This is a traditional engineering field that focuses on the design of computers and computer components (like processors, chips, boards, peripherals) themselves and has effectively no crossover with IT or any IT-related discipline in any way. Computer engineering and IT should almost never even appear within the same school or college within a university.

If software engineering (which itself is not an IT discipline but is at least closely related) is the programming world’s analogue to the world of traditional product development engineering then computer science is the programming world’s analogue to physics or mathematics. Computer science is truly a “science and math” type field, developing the theories and foundation that is then used by the software engineering discipline to build products often used and managed by the IT discipline. Computer Science, CS, is probably the most commonly mistaken field that IT hopefuls will enter and if a true CS program it is completely inappropriate and a waste of time. This is the program to look out for the most. Avoid CS completely and avoid any university attempting to pass IT programs off as CS, the two never overlap.

Do not take the selection of a university major lightly. My recommendation is to keep your selection as liberal as possible, use electives to introduce IT elements like basic programming and networking into your curriculum, fill your time with mind-broadening classes and learn about business, finance, accounting, communications, writing, speaking and statistics. Attempt to find internships or opportunities in the university to work with IT departments. Actively work to leverage your opportunities at university to make yourself as prepared as possible to focus on the specific skills of IT externally to your university training.